Dark Skies for All 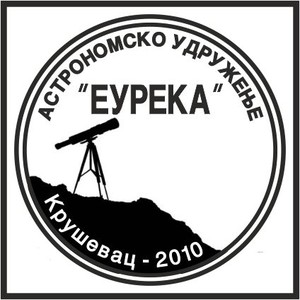 Observing of third Super Moon of the year and giving lecture about light pollution and how to measure it.

Astronomical Society "Eureka" was founded in 2010 with the aim to engage in the promotion of astronomy and related sciences. Society realized its goals the organization of lectures, observation activities, camps, schools and workshops. The Society actively participates in all events at the national level in promoting astronomy and science, and has implemented a number of projects such as Firts School of Astronomy Jastrebac 2018, Sky is not the limit in cooperation with Erste Bank and Superse program, Be an astronomer, Planet and asteroid hunters, etc. The Society participates in international activities such as the IASC, Asteroid Day, World Space Week, Great World Wide Star Count, etc. Society is working to build astronomical opservatory in Krusevac, where the Society operates and it is expected that the project will be, in cooperation with the city of Krusevac, finished to mark the jubilee 10th anniversary of the Society.

Astronomical Society "Eureka" began to be engage with problem of light pollution in 2012 by participating in the program "Great World Wide Star Count". In the beginning, until 2015 we have actively engaged in measuring light pollution by observing the constellation Cygnus during September and October every year and every year we have increased the number of locations from which we conducted measurements. Measurements have been done mainly in the city of Krusevac and its surroundings, where the Society operates. Since 2015, we have actively started spreading awareness about the problem of light pollution by holding lectures and workshops and through our schools where one of the segments always is the problem of light pollution. About our activities we talked in the local media, and many articles are published in national newspapers. articles. From this year, with enthusiasts from all over Serbia are working on forming a team of people who will spread of awareness about this problem.